Based on the book by Chris Van Allsburg

"JUMANJI" is a 1995 American fantasy adventure film about Judy Shepherd (Kirsten Dunst) and Peter Shepherd (Bradley Pierce), who move into a longtime empty house and discover a supernatural board game that makes wild animals and other jungle hazards materialize upon each player's move. When they start playing, they release Alan Parrish (Robin Williams) from the game's unseen jungle world, where he explores the effects his disappearance made on town of Brantford. Reuniting with his childhood friend Sarah Whittle (Bonnie Hunt), the four continue to play the game that Alan and Sarah started 26 years ago, and finish it to make the consequences of the game finally disappear.

The film was directed by Joe Johnston and is based on Chris Van Allsburg's popular 1981 picture book of the same name. It was shot in Keene, New Hampshire, where the story is set, North Berwick, Maine (the Parrish Shoes factory) and Vancouver, British Columbia. "JUMANJI" did well in the box office; it took in $100,475,249 in the United States and Canada and $162,322,000 overseas, totaling to $262,797,249. The film earned mixed reviews from critics, with review aggregator Rotten Tomatoes reporting that 50% of 32 professional critics have given the film a positive review, with a rating average of 5.6 out of 10. Metacritic posts an average rating of 39%, based on 18 reviews.

Commercial songs from the film, but not on the soundtrack:

In 1995, a novelisation of the film was written by George Spelvin with contributions from Chris Van Allsburg, the author of the original picture book. It is a largely faithful adaptation with some backstory and wording differences and scenes that did not appear in the film or were cut from the final release.

In 1996, a cartoon adaptation known as simply "JUMANJI" was released. It is an abridged adaption of the 1995 film with some elements also taken from the original picture book were added. The gameplay of "JUMANJI" is an alternative method to the film, while Sarah Whittle did not appear.

In 1996, Milton Bradley released a board game adaptation of "JUMANJI", based on the game board and rules seen in the film, with some new gameplay elements added and new consequences as danger cards.

In 2005, an adaptation of the original "JUMANJI" book's sequel Zathura, was released. While the movie does not make any references to "JUMANJI", it is advertised as being a spiritual sequel to the 1995 film, taking place within the same universe.

In celebration of the original picture book's 30th anniversary, an audiobook read by "JUMANJI" film star Robin Williams was released.

Jumanji: Welcome to the Jungle was released in December 2017. It serves as a sequel to the original film, but not featuring any of the characters.

After the surprising critical and financial success of Jumanji: Welcome to the Jungle, in 2018, Jumanji: The Next Level was announced by certain individuals such as Dwayne Johnson, making it the third "JUMANJI" film chronologically (excluding "ZATHURA". 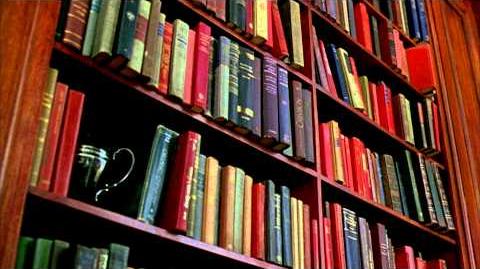 Retrieved from "https://jumanji.fandom.com/wiki/Jumanji_(film)?oldid=11236"
Community content is available under CC-BY-SA unless otherwise noted.