Enter the Jungle...if you dare!

The Jumanji LCD Game is a handled electronic game made by Parker Bothers and distributed by Hasbro, Inc in 1997. It was released as a promotional tie-in for the 1996 Jumanji animated series, using characters and artwork, while the packing leaflet has the Rhinoceros and Van Pelt portraits taken from the Milton Bradley board game.

Playing as Peter Shepherd, the players must locate Judy Shepherd and Alan Parrish and rescue all three of them from the treacherous game of Jumanji by scrolling through the increasingly difficult seven jungle adventure levels and spell: J-U-M-A-N-J-I. Players can trade any weapons they have with Trader Slick for extra lives, preferably the weaker ones. The Stalker appears on each level after completing the maze and solving the puzzle, where the player must defeat the Stalker before they can be awarded a letter to spell Jumanji. The Stalker's die will be shown in the middle of the screen. Press ROLL to roll Peter's, Judy's, Alan's and the Stalker's dice. If one of their dice matches the Stalker's, press their respective HOLD button and continue rolling the other two dice. If all three dice match with the Stalker's before time runs out, the player wins. If the three dice do not match in the allotted time then they will lose a life and must try again. Also, any weapons accumulated in the maze can be used as extra lives.

Instruction layout of the LCD Game. 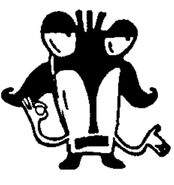 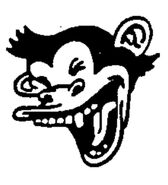 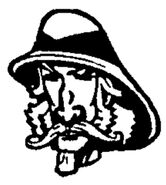 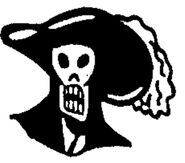 Stalker.
Add a photo to this gallery

The Stalker was unnamed in the animated series, meaning this is where his name came from.

Retrieved from "https://jumanji.fandom.com/wiki/Jumanji_(LCD_Game)?oldid=10529"
Community content is available under CC-BY-SA unless otherwise noted.